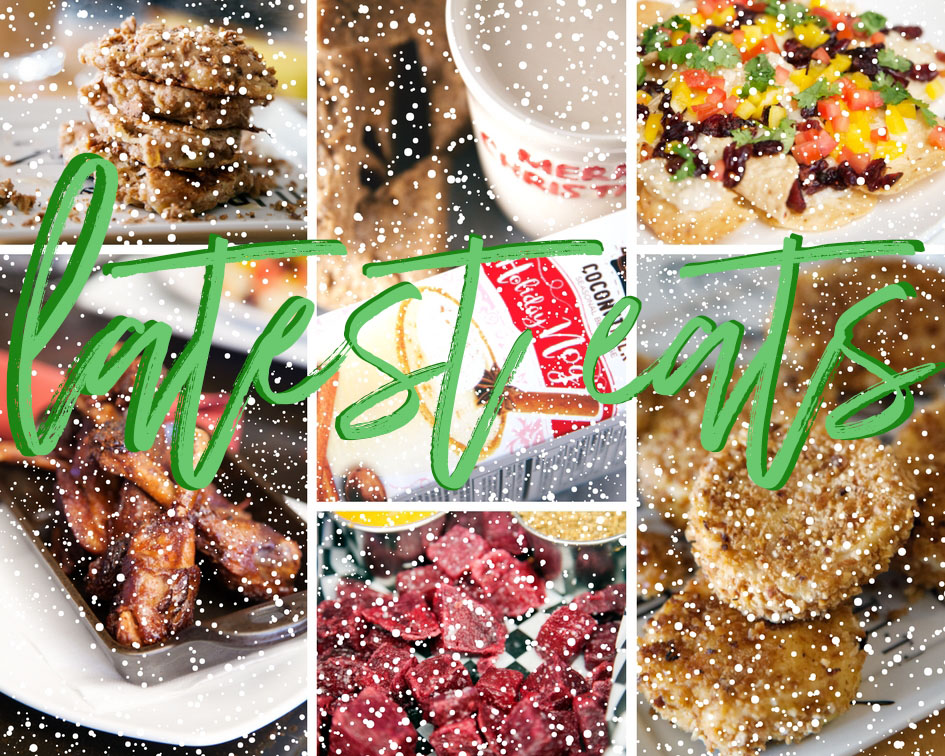 There’s more to my life than just recipes and food, I swear. But not much.

Just kidding. But it is a pretty decently sized part of my life, that up until now, I’ve only shared a small portion of. Developing my own recipes, styling and capturing food, and sharing them is something I love doing, but what about everything else? I’m talking about trying-new-restaurants, making-other-people’s-recipes, and eating-way-too-many-free-samples-at-costco side of it. Because let’s be honest (and I’m speaking on behalf of food bloggers in general), that part dominates about 80% of my life. #freesamplesfolyfe.

Don’t get me wrong, my cashew hot cocoa is something I make on a weekly basis, but I’m also frequent maker of other recipes, such as Laura in the Kitchen’s spinach pesto pasta or Sally’s waffles. And I practically live off of spinach roll ups from Zoe’s Kitchen, and shrimp vermicelli from a local Vietnamese restaurant in my area. Maybe you’ll discover new recipes that you’ll make for years to come, or a new restaurant that you’ll fall in love with. Hey, we’re all friends around here, and I’d love to help!

So here are my latest eats!! 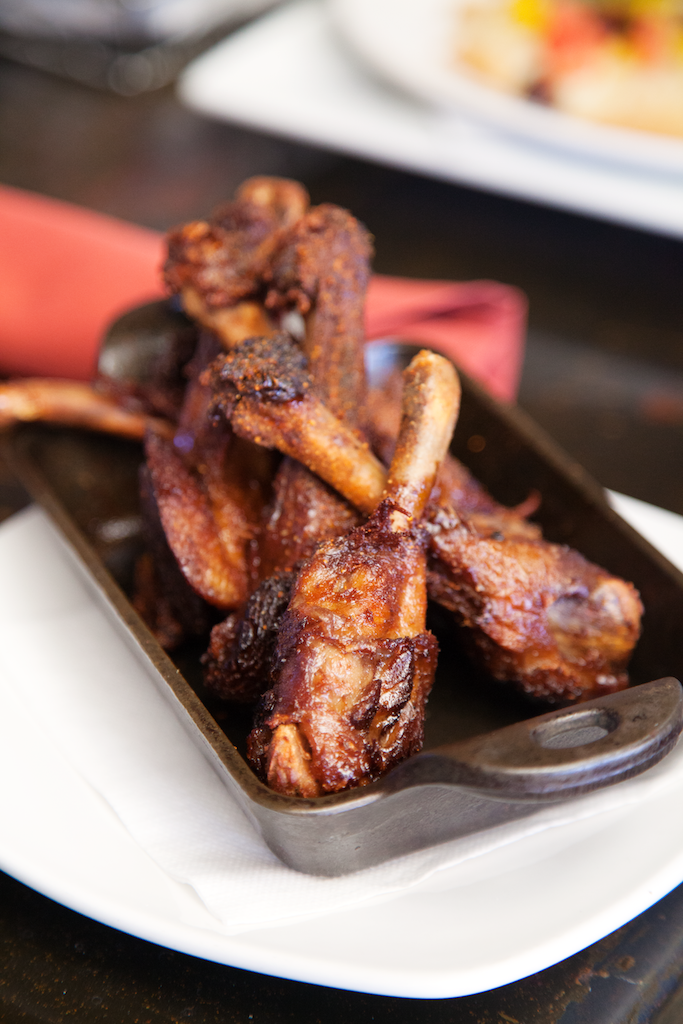 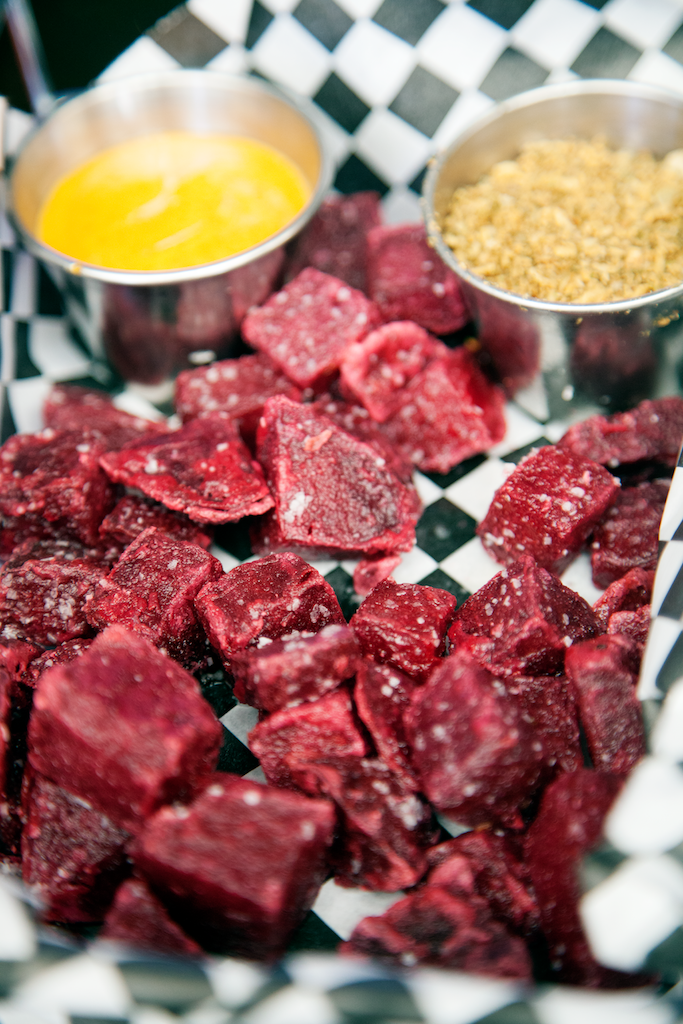 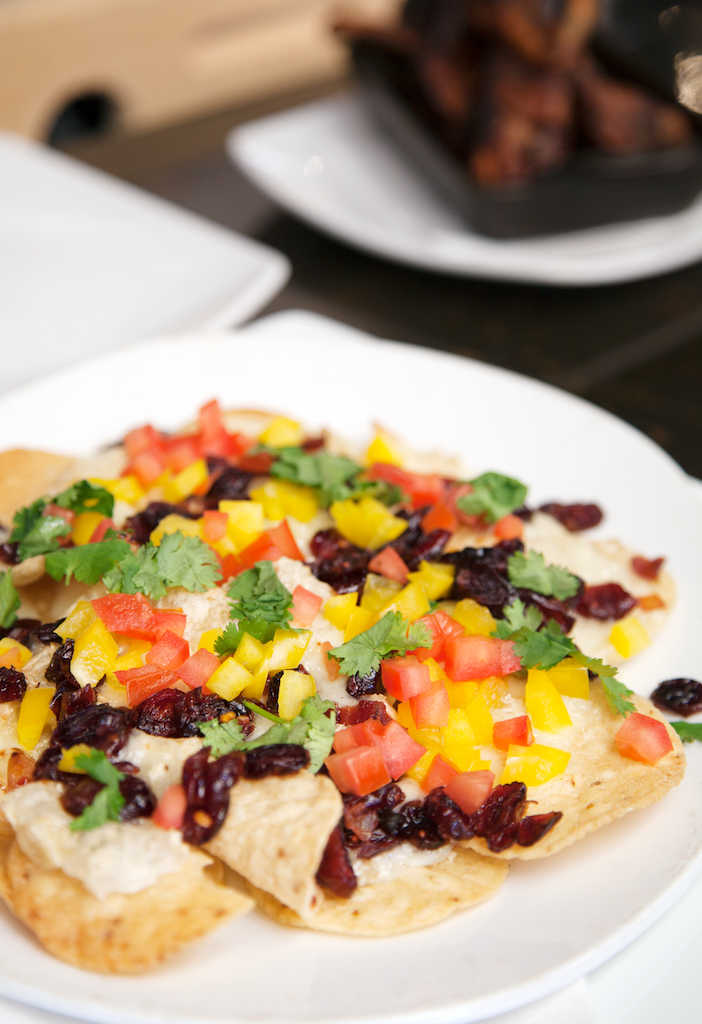 I first heard about this place when I stumbled upon Molly’s foodie frenzy post highlighting this restaurant, and my dad and I were in the area last weekend, so I knew I just had to go. The parking was pretty crazy (there is construction happening around it, people parking along the road with the risk of getting towed… it was kind of a mess), but somehow we made it in! The place was super cute… with dainty little lights on the ceiling and lots of wood and plants.

We ended up ordering three appetizers to split amongst the two of us, which actually ended up being the perfect amount. My dad insisted on getting the fried duck wings, which were pretty good, but the BEET FRIES and BRIE/CRANBERRY NACHOS were by far the stars of the show! The fries came with this amazing aioli sauce and some breadcrumb-y mix that complimented them perfectly. The nachos were actually heaven. You’d never think to pair brie and cranberries together, but they added both creaminess and sweetness to the already crunchy/salty chips. I so recommend giving Fixture a visit if you’re in the Fort Worth area. 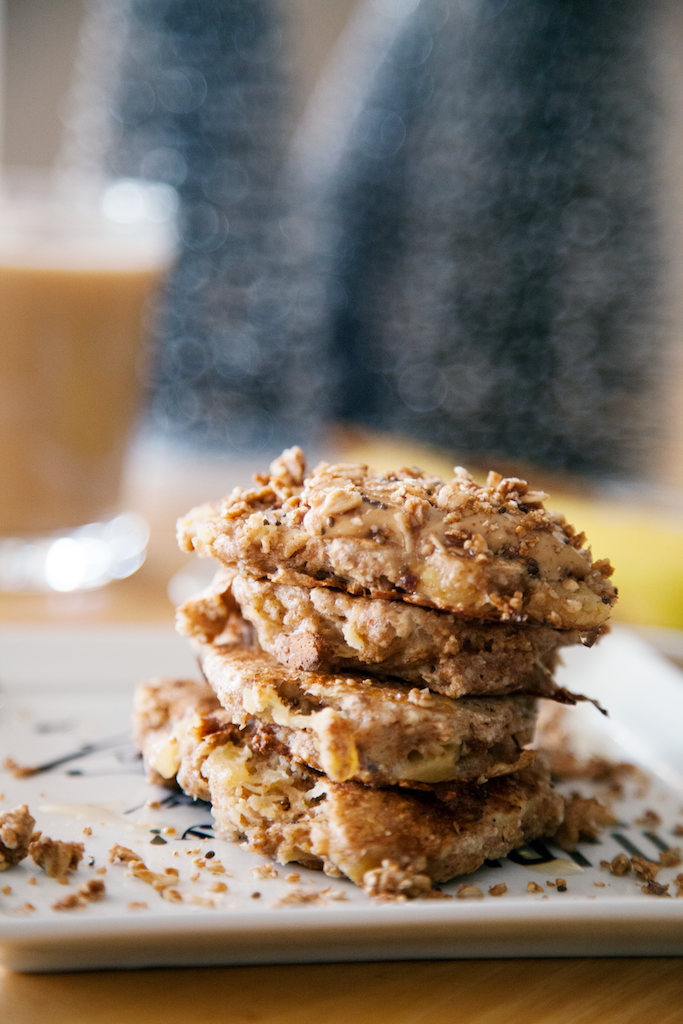 No one does pancakes like Lisa Lillien. Honestly, I’ve had these about 4 days in a row and I’ve dedicated most of my morning time (more than half, I’m embarrassed to say) to making them for breakfast. It’s been so worth it. I don’t have that much time during weekday mornings, but the pancakes are so quick and easy to whip up that I can actually afford to do it pretty often.

If you ever pick up the Clean & Hungry cookbook, this is what I do: I make the apple cinnamon crunch pancakes, but instead of topping them with apples, I slather on a good amount of peanut butter and sprinkle over some granola. 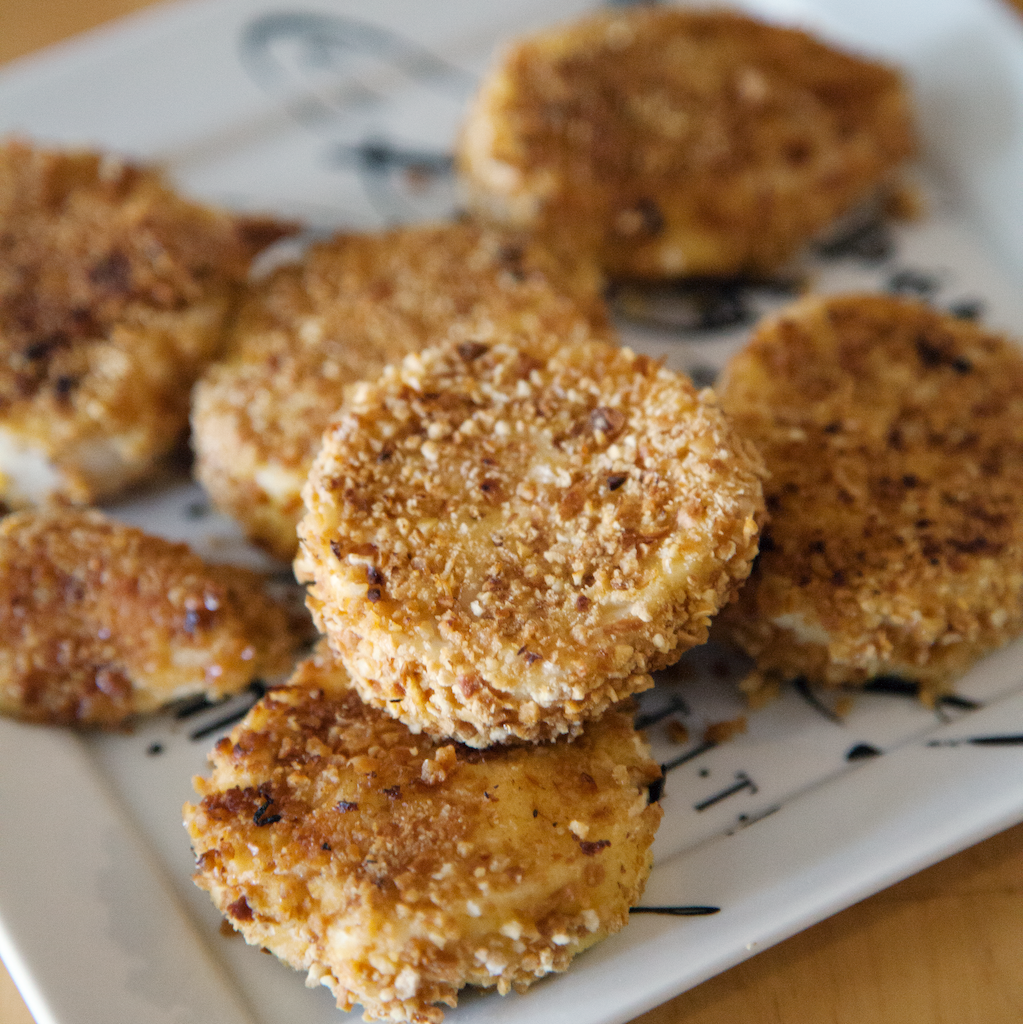 …which are just chunks of tofu, dipped in flour, egg, and breadcrumbs, then baked in the oven and served with dipping sauce (there are great recipes everywhere on the internet… these were kinda improvised). I know they sound gross, but they’re actually not half bad! I didn’t have ketchup or any dip on hand, so that’s probably why they didn’t taste as good. They were ok, but kind of boring and flavorless. I definitely prefer regular chicken nuggets, but it was fun to venture out of my comfort zone and try something new! 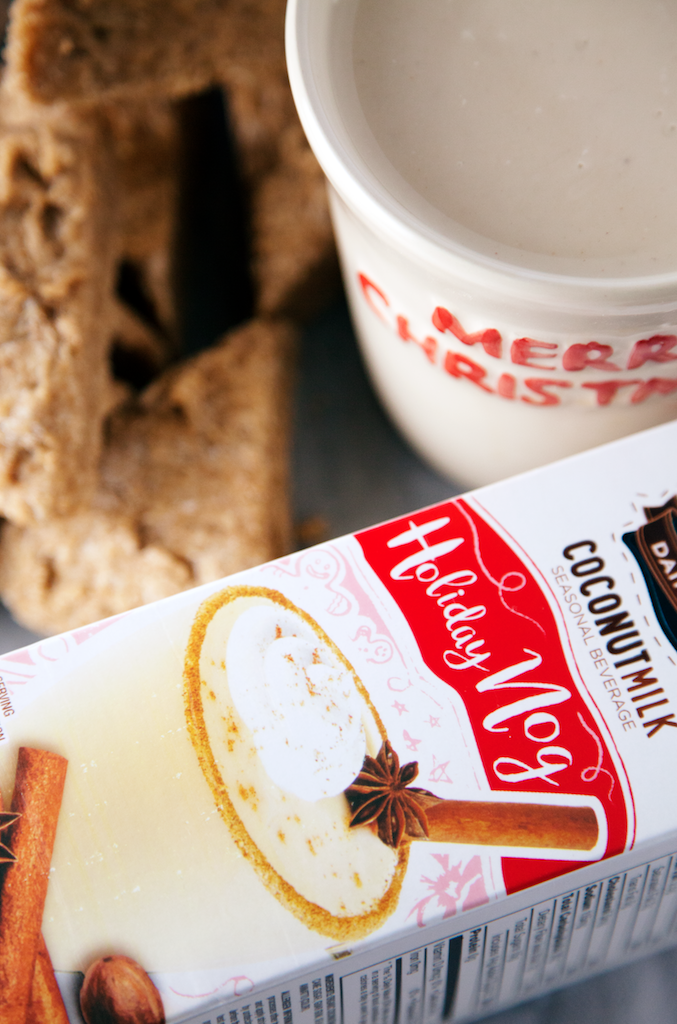 I’ve been loving eggnog lately, and for some reason, last Thursday was the first time I’d ever tried it. I’ve heard mixed reviews about eggnog in general, but it’s really just a super thick, sweet milk. I can’t have more than like 1/4 cup at a time because it’s so sweet, but it’s just so good I can’t help myself. Also this picture is a sneak peak for my next recipe… can you guess? :)

This was such a fun post to write. It’s a little different than what I usually do on here, but I always like to switch things up a bit. Hopefully this series won’t be anything like my failed attempt at “favorites” posts (I don’t think they’re on the blog anymore, but I managed to keep my “current kitchen favorites” one, which was really kind of a wishlist because I don’t even own like half of the things on there. #fail)

8 DAYS TILL CHRISTMAS! Where has time gone?? 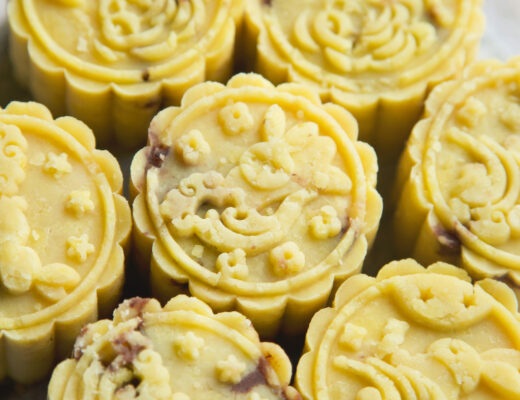 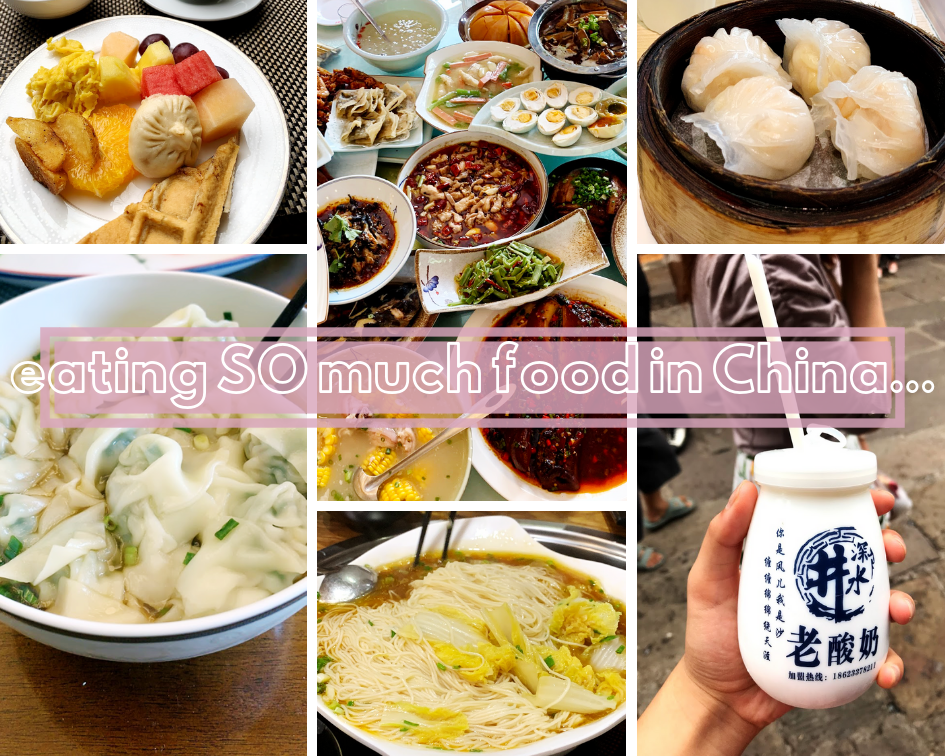 Eating SO MUCH FOOD in China 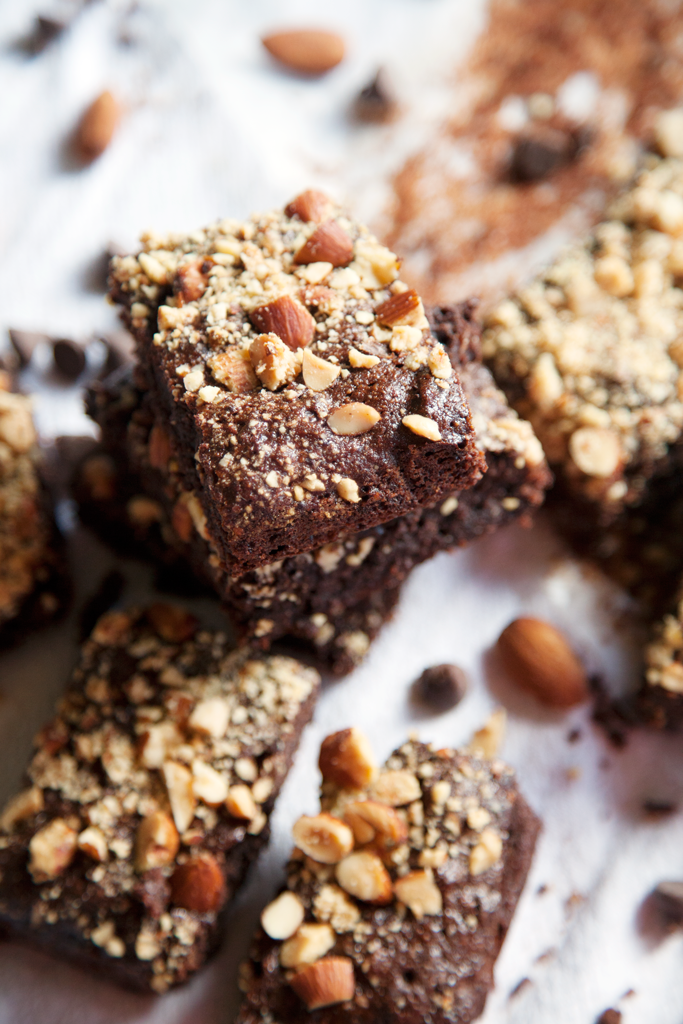